The 33rd Tokyo International Film Festival (TIFF) will feature multiple online programs, including live streaming and webinars, alongside its physical events. The following three online events will be conducted as Audience Participation Programs that accept questions from viewers.
We look forward to seeing you online from around the world at this year’s TIFF. 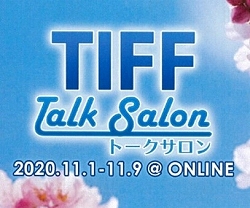 This is a series of special online talk sessions between audiences and the directors of this year’s TIFF selections who cannot come to Japan. We will accept questions from viewers during live-streaming events like Q & A sessions, which were always conducted in person in the past. We are preparing about 40 salons mainly for the films in the Tokyo Premiere 2020, World Focus and Youth (Teens) sections. TIFF Talk Salons will be held at separate dates and times from the screenings at the theaters. Audience members who purchased a film ticket will be able to join the salons through their PCs and/or mobile phones.

This program will host daily online conversations between leading film directors from various Asian countries and regions and their Japanese peers. The new initiative was proposed by world-renowned director Hirokazu Kore-eda, who worked with the members of the committee to organize the event. Although originally conceived as a physical lounge where filmmakers from around the world would enjoy free-form conversation and exchange, this year’s event will be held online, inviting a variety of high-profile guest speakers to discuss a myriad of topics. (Interpretation will be provided.) These filmmakers will discuss how the limits imposed on international travel by the current circumstances has impacted their work, and their thoughts about the drastic changes the coronavirus pandemic has made to film production, theatrical releasing, interaction and collaboration between filmmakers. Talks will be streamed live, and viewers from all over the world can ask questions.
→Program 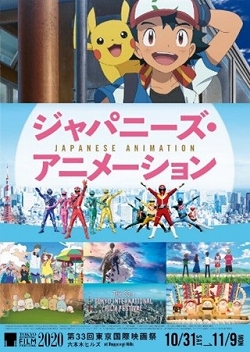 – The Landscape of Animation in 2020
Directors will discuss the current art style of Japanese animation, the advantages and disadvantages of location scouting, and the role of “landscapes” in animation.

– The Ground of Japanese Animation: Characters and Films
What role do characters play? Directors will discuss character culture in animation and related films.

Ryota Fujitsu will be on stage as a moderator for all the three programs.