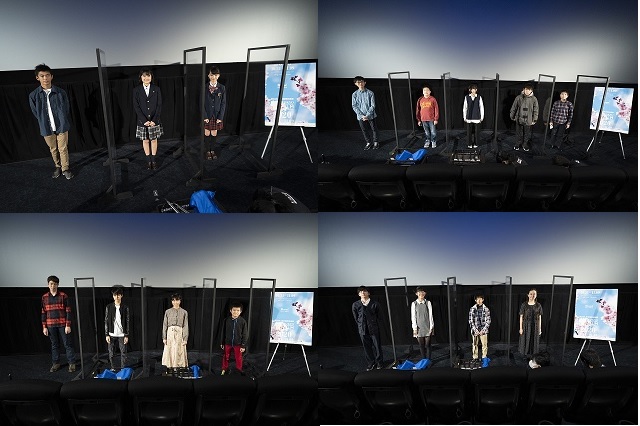 How to continue making films in times of crisis such as the coronavirus pandemic is a question filmmakers around the world have been trying to answer. However, TIFF 2020: Teens Meet Cinema proves that even a virus can’t repress the wild creativity of human beings, especially that of free-spirited teenagers.

Collaborating once again with Children Meet Cinema, the 33rd Tokyo International Film Festival (TIFF) held its fourth filmmaking workshop for teenagers as part of the festival’s Youth section. Amidst the pandemic, the workshop was conducted online in August and September, over 12 days, for 17 junior high school students, including several who live abroad.

This year’s lead mentor was Sho Miyake, award-winning director of Playback (2012) and And Your Bird Can Sing (2018). Before the world premiere screening of the teens’ films at TIFF on November 8, the director spoke about the challenges this time around. “I was wondering what we could do online and expected there would be a lot of trouble,” said Miyake. “But I noticed that trouble goes hand-in-hand with film. So I decided trouble should be the theme of the workshop.”

Among the four short films created during the workshop, the first screened was Outside by Team Blue, a story of four teenagers who are quarantined due to the spread of the (fictional) Sabit virus. Reacting to a worldwide lockdown, Outside is a sensitive portrait of isolation and the collective energy needed to get through it. Despite initial worries, online filmmaking yielded strong advantages for the team. Team member Sen Tokui told the audience, “Julian [another team member] is in Austria, so we could do location shooting abroad.”

The second film shown was About an Apartment Room with Subtle Music – OTO, Team Green’s contribution to the program. A socially conscious comedy that depicts a noise problem in an apartment, it features the orchestration of sounds from different rooms, cleverly revealing how people are inevitably connected to each other, even in isolation. Ichiro Motohida, who displayed a magnificent talent in playing the piano, excitedly said, “I’m happy to have you hear me playing Mozart’s marching song on the big screen.”

Team Red directed Homework from the Future, in which the protagonist is transported to the future and finds out that environmental problems have already destroyed human civilization. With computer graphics and visual effects galore, the film aims to raise awareness of emergent global issues. Tom Hagedorn, who was in charge of the VFX, told viewers, “I learned that the team is the most important thing. I’m grateful that everyone was responsible.”

The final film was Team Yellow’s The Last Summer Day’s Breeze, a light teen movie about four students whose homework remains unfinished on the last day of summer vacation. Many portions of the film are Zoom conversations through which panicked students hilariously peer-pressure each other. Gisuke Takahashi commented on the benefits of making films online, “I’m from Kyoto. I couldn’t join the project if it were not online. Not everything about Covid-19 is negative.”

As revealed in Kiyomi Nakai’s When a Film is Born: TIFF 2020: Teens Meet Cinema, a 32-minute documentary about the project, the online filmmaking workshop became an opportunity to explore and develop a new style of filmmaking during the pandemic. Due to the embargo on face-to-face meetings, every participant could serve as a director during the shooting of their own scene. This encouraged creative debates about how to create a single film despite differences in style, and revealed how social turmoil can lead to greater artistic expression.

TIFF 2020: Teens Meet Cinema is the best proof there is that, wherever you are in the world, artistic collaboration is possible. And during the pandemic, it is more necessary than ever.