We would most like to emphasize the power of art and culture, especially film to enrich our daily lives even as we weather this pandemic. We hope you will come to the festival to enjoy cinema on the big screen with quality sound, and that the experience will provide a renewed sense of hope for the future. This year's TIFF will welcome as its ambassador actor Koji Yakusho, who is also the ambassador for the "Let's go to the cinema!" campaign. The festival will collaborate with "Let's go to the cinema!" on various events.


Needless to say, Japan is not the only country suffering from the effects of the pandemic. The Tokyo International Film Festival therefore wishes to further international solidarity through cinema. In June, TIFF showcased several of its films at the Global Film Festival, an online event that brought together many film festivals from around the world. Unfortunately, it will be difficult for TIFF to bring overseas guests to Japan this year. Still, we remain committed to international collaboration and will showcase excellent works from the Cannes, Venice, Berlin and Shanghai International Film Festivals.
More than anything, the pandemic has hugely impacted production, distribution and the manner in which we enjoy films. TIFF plans to hold symposiums and talk sessions that highlight these issues and consider the industry's future.


Now, more than ever, is a crucial time for cinema!


The Tokyo International Film Festival looks forward to your participation.
33rd TIFF's Visuals
This year's artwork represents the Tokyo International Film Festival's wishes to deliver, through cinema, a refreshing respite from these times of uncertainty, even if just to lift your spirits.
Although it is autumn, we urge you to enjoy the festival as if you were enjoying the cherry blossoms in spring. Lift your head upward and try gazing far beyond the trees and up into the sky. 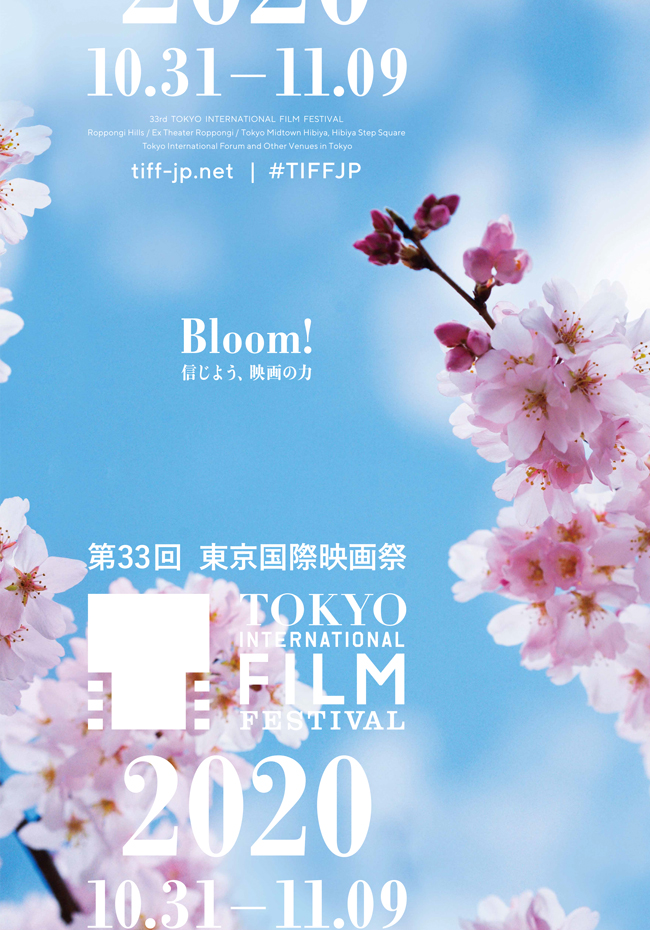 UNIJAPAN is a non-profit organization established in 1957 by the Japanese film industry under the auspice of the Government of Japan ( the Ministry of Foreign Affairs (MOFA) and the Ministry of Economy, Trade and Industry (METI), for the purpose of promoting Japanese cinema abroad.

And we joined hands with the organizer of Tokyo International Film Festival (TIFF), forming a new organization.

Those results we became Japan Association for International Promotion of the Moving Image,called 'UNIJAPAN'.

CoFesta, the Japan International Contents Festival, is a project designed to enhance the promotional capabilities of events related to Japan’s distinctive gaming, anime, manga, characters, broadcasting, music, movies, and other content industries, as well as events in content-related industries such as fashion and design, so that these events can more effectively reach international audiences.