The Tokyo International Film Festival (TIFF) is pleased to announce this year’s Opening and Closing Films.
Underdog, directed by Masaharu Take, will open the festival on October 31, and Hokusai, directed by Hajime Hashimoto and starring Yuya Yagira and Min Tanaka, will close the festival on November 9.

Underdog stars Mirai Moriyama, Takumi Kitamura and Ryo Katsuji, and is Take’s first boxing-themed film in six years, since 100 Yen Love (2014). It depicts the lives of three fighters who have been abandoned in life, as they cross fists in the ring to attempt their comebacks. Hokusai is the story of legendary Japanese ukiyo-e artist Katsushika Hokusai and his “Secret of Three Waves,” providing a unique perspective and interpretation. Hokusai is best known for his “Thirty-six Views of Mount Fuji” and his works inspired such artists as Van Gogh and Monet. The film stars Yuya Yagira as young Hokusai and Min Tanaka as the artist in later years, and marks the end of the festival memorably in this year of the 260th anniversary of Hokusai’s birth.

TIFF plans to hold physical screenings in Tokyo theaters to enable audiences to experience the joy of watching films on the big screen, and these two remarkable films will provide additional excitement to the 33rd TIFF. 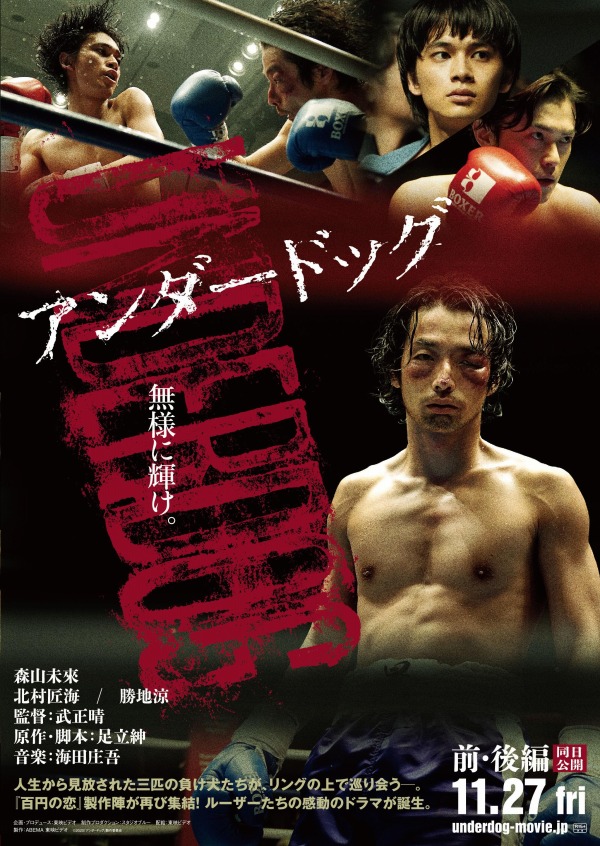 Director: Masaharu Take
Cast: Mirai Moriyama, Takumi Kitamura, Ryo Katsuji
Release Date (Japan): November 27, 2020
Distribution (Japan): Toei Video Company, Ltd.
→ Official Site (Japanese)
———-
Dwelling on his past humble glory, a man whose life has hit rock bottom tries to emerge from his despair and shine once again. A story that will stir your soul.
———-
Comment from Masaharu Take
I would like to express my sincere gratitude to all the people who have made it possible to hold TIFF despite the coronavirus pandemic. Underdog was filmed in January and February 2020, capturing scenes we have lost due to COVID-19. Boxers, the lonely people in the ring, cannot continue to beat and be beaten without the audiences’ cheers. The audience creates the match and continues to talk about it. Sometimes it’s an incredible match. But it’s not a match with only one viewer. Life is similar to this, and I think filmmaking is, too. The audience completes the film in the end. I’m grateful that audiences can watch Underdog at the TIFF opening in 2020. The final conclusion is left to them, and I hope they will continue to pass the story on. Please stay safe. 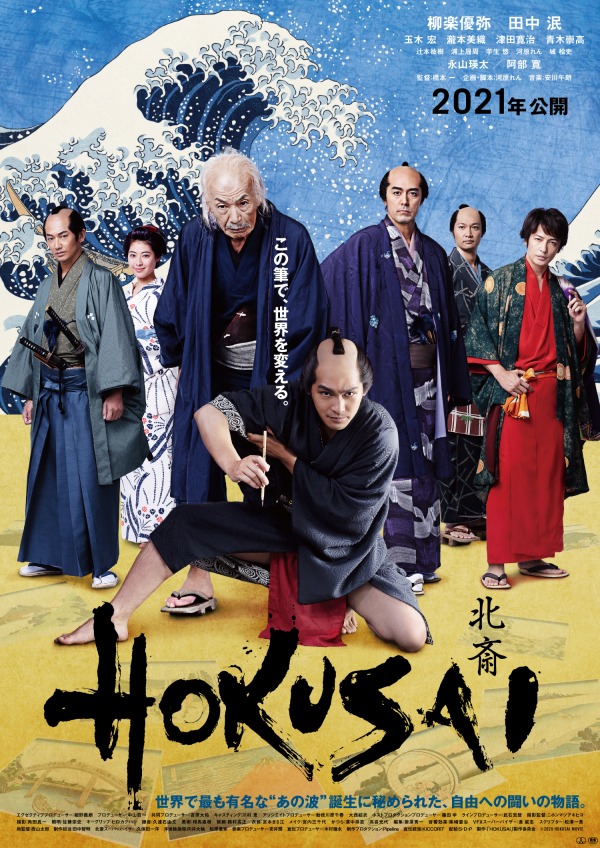 Director: Hajime Hashimoto
Cast: Yuya Yagira, Min Tanaka
Release Date (Japan): 2021
Distribution (Japan): SDP
→ Official Site
———-
A film about Hokusai, the most famous Japanese artist in the world. “The Man Mad about Art” was once a struggling artist, but after winning fame, continued to pursue his artistic talent, striving his entire life to improve.
———-
Comment from Hajime Hashimoto
The history of film was nurtured in the darkness of movie theaters. Now the place to watch films is undergoing rapid change. It is easy to say that this is the flow of time. We want to create a film to screen in such a place, where strangers sit together, cry, laugh, get angry and enjoy themselves. Hokusai was born with that feeling in mind. Please enjoy it with loved ones…in the dark.