(September 16, 2020; Busan/Tokyo)
With the current COVID-19 situation, the 25th Busan International Film Festival has been rescheduled to 21-30 October. The announcement of winners in the 14th Asian Film Awards will now be made on October 28 (Wednesday). Announcement of the winners will be broadcast on “Asian Film Awards Academy” official YouTube Channel.

(September 9, 2020; Busan/Tokyo) The Asian Film Awards Academy (AFA Academy or AFAA) announced the nominations for the 14th Asian Film Awards (AFA14) in Busan, South Korea today. For the first time ever, the awards presentation will align with Busan International Film Festival (BIFF). AFA14 will present 16 awards recognizing artistic and technical achievements in Asian cinema. Japanese films and talents were nominated in 13 categories*, including a Best Film Award nomination for Listen to the Universe (Director: ISHIKAWA Kei), which was screened at 32nd Tokyo International Film Festival (TIFF)’s Japan Now section, a Best Director Award nomination for SUWA Nobuhiro for Voices in the Wind, a Best Actress Award nomination for TSUTSUI Mariko for A Girl Missing which will be featured as one of the films at the 33rd TIFF’s Japan Now Director in Focus (FUKADA Koji), and a Best Actor Award nomination for KUBOTA Masataka for First Love.
*See below for the full list of nominations.

The top nominees are BONG Joon-ho’s Oscar-winning Parasite with 10 nominations, followed by So Long, My Son by WANG Xiaoshuai and A Sun by CHUNG Mong-hong, which have both been nominated for in 7 categories.

TIFF, together with the BIFF and the Hong Kong International Film Festival, created the AFA Academy, a nonprofit organization, in 2013 to promote and develop Asian cinema and its talents.

The 14th Asian Film Awards’ winners will be announced and presented with awards on October 14, 2020. Given the ongoing COVID-19 pandemic, the awards presentation will be broadcast online. All guests and viewers will be able to watch the show on YouTube.

LEE Yong-kwan, Chairman of BIFF, says, “We are delighted to host the prestigious Asian Film Awards in Busan, Asia’s first UNESCO Creative City of Film. AFA14 sees its more intense competition in years since the nominees were drawn from all Asian films in 2019 and the first half of 2020. A total of 39 films from 11 countries and regions are nominated for awards. Despite limitations due to the global pandemic, we anticipate sharing the joyful moments with all award winners.”

Dr. Wilfred WONG, Chairman of AFAA and the Hong Kong International Film Festival Society, adds, “This year, AFAA has taken a ground-breaking step to relocate the AFA14 award presentation to Busan. Though we are facing unprecedented challenges brought by the global coronavirus outbreak, we continue to do our best to connect everyone and express our commitment towards the Asian film industry. I look forward to another edition of celebration and wish AFAA continuing success in providing platforms for nurturing talents and facilitating cultural exchanges in the film industry.”

“Despite all the hardships as a result of COVID-19, we are pleased that AFA 14 will take place in Busan for the first time, and I pay my heartfelt respects and gratitude to all those who are involved. I hope that the Asian film industry will further strengthen cooperation through AFA in the future,” says ANDO Hiroyasu, Chairman of TIFF.

==========
Details of the 14th Asian Film Awards:
Announcement will be broadcast on AFAA’s YouTube Cannel youtube.com/asianfilmawardsacademy on October 28, 2020 (Wednesday) (Revised on Sep. 16) in English and subtitled version will be available from November.
==========

Asian Film Awards (AFA)
Celebrate the excellence in Asian cinema through the annual presentation of awards to talents and films, the Awards night is a spectacular gathering of stars, celebrities, industry professionals and the media that highlights and publicizes the year’s achievements in Asian movies.
afa-academy.com 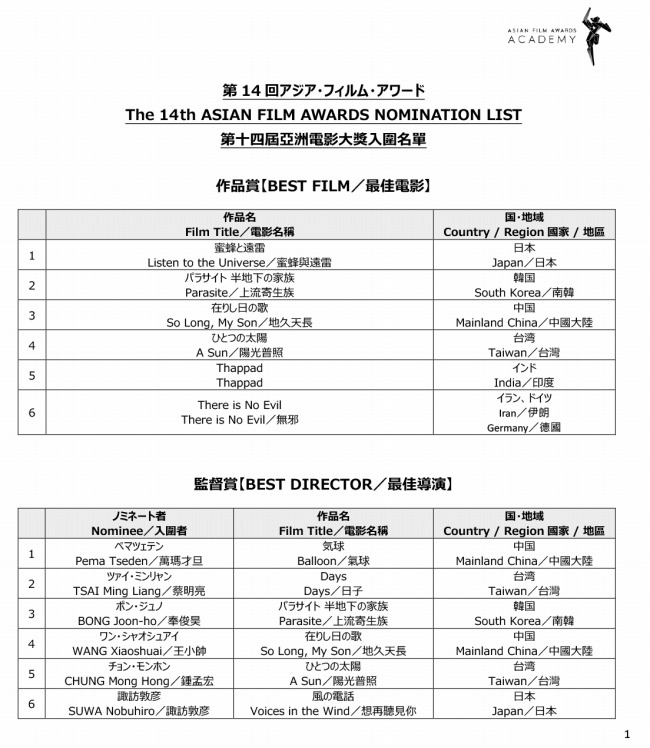 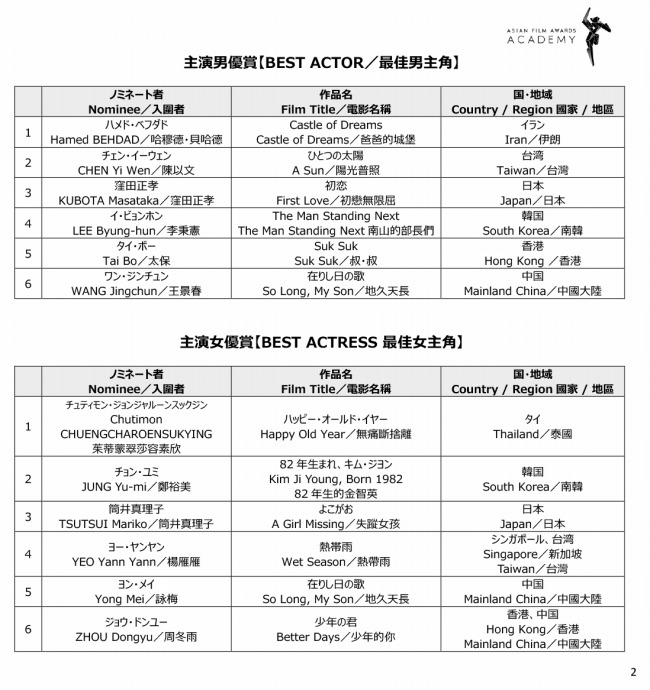 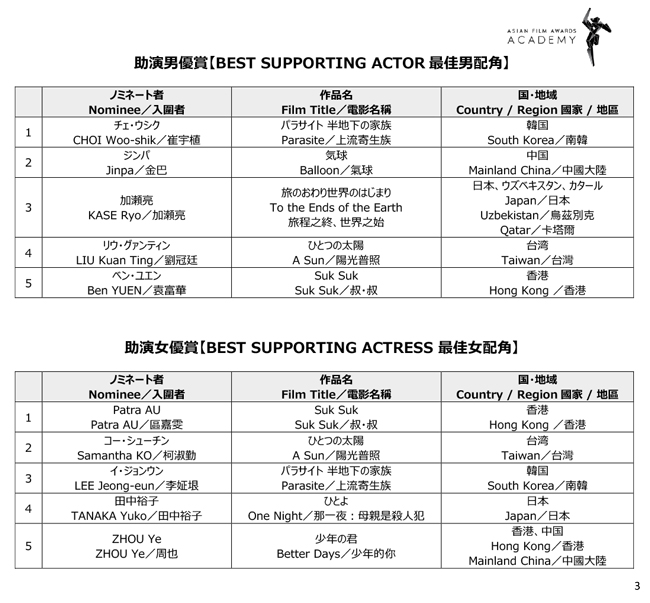 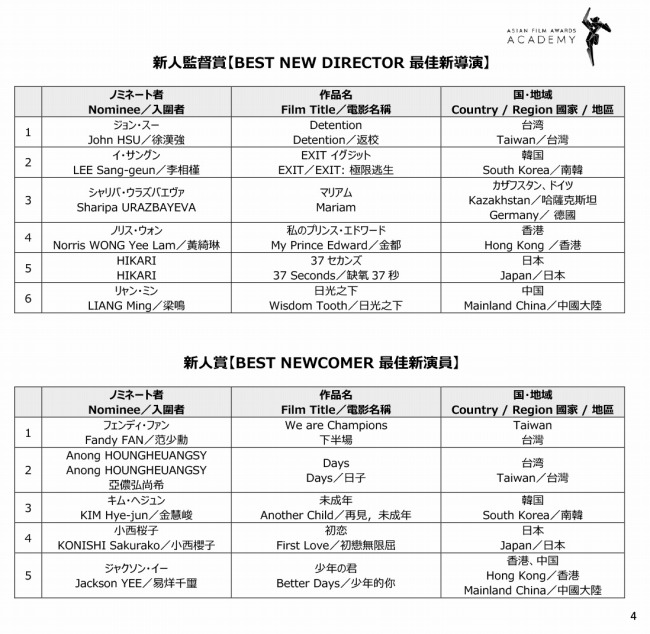 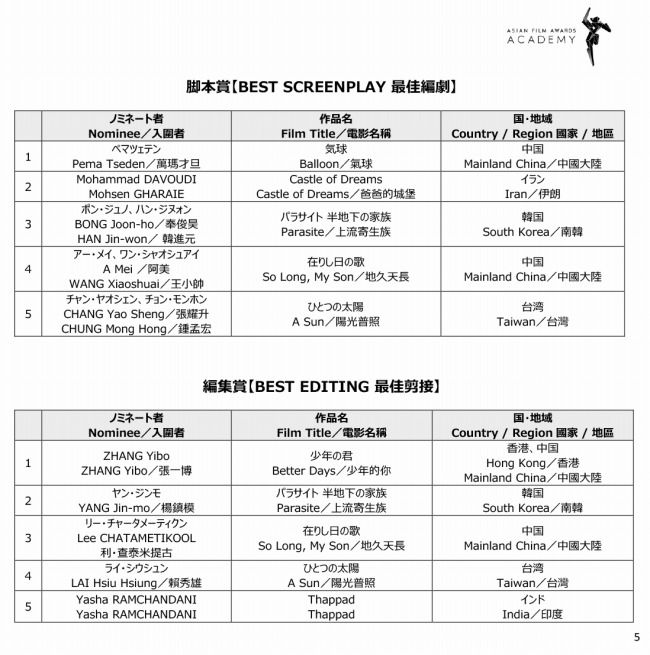 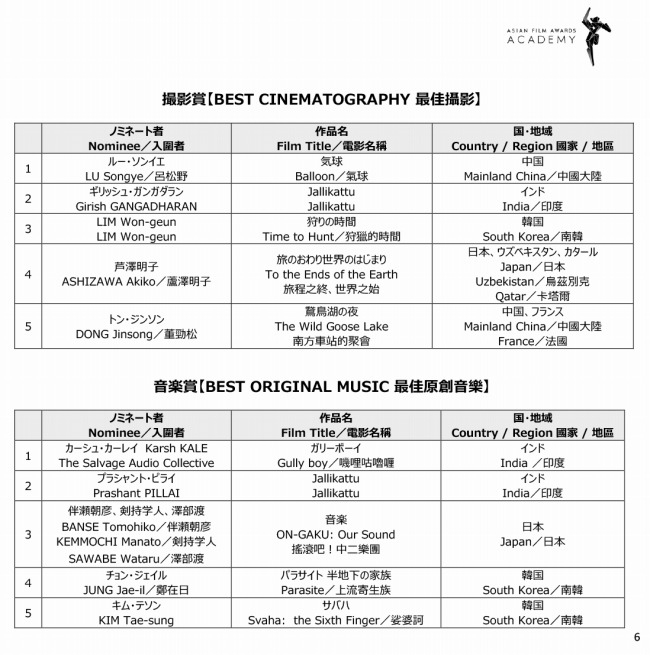 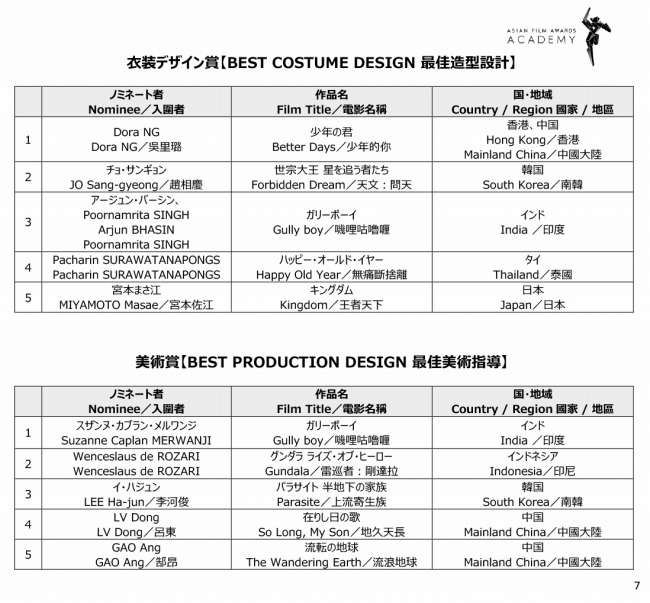 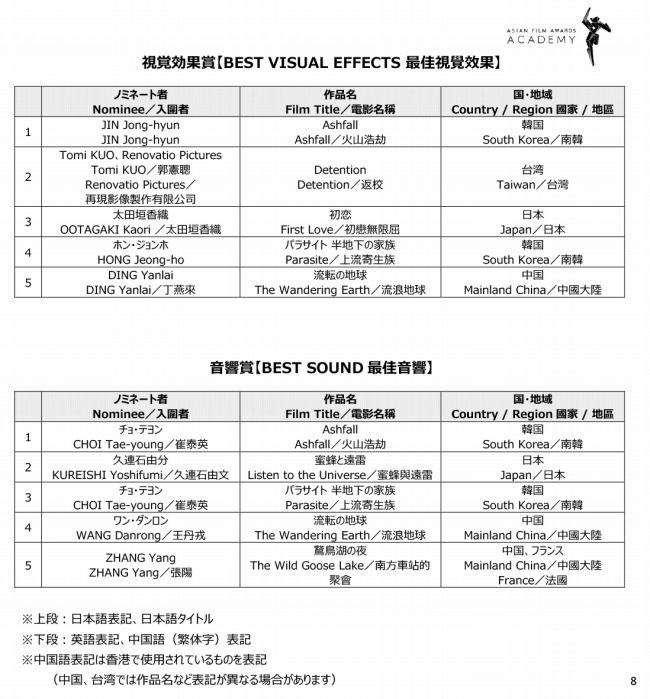