OPEN
Return to List of News
2020.05.27 [Updates]
TIFF Announces Its Lineup for We Are One: A Global Film Festival

We Are One: A Global Film Festival, an unprecedented 10-day digital film event exclusively on YouTube, has unveiled the lineups of each film festival participating in this project.
The full festival schedule is available at weareoneglobalfestival.com.


Yoshi Yatabe’s comment
We are honored to be able to participate in the ambitious We Are One: A Global Film Festival, and we have tried to select films that will allow people to feel a sense of freedom through the joy of watching cinema, despite the restricted nature of our lives now.

Our selection is intended to bring unique animations and stimulating works by up-and-coming directors to film lovers around the world. The Tokyo International Film Festival (TIFF) has had the privilege of showcasing many talented filmmakers, and the selection for We Are One: A Global Film Festival focuses on work by directors who are closely related to TIFF.

Director Masaaki Yuasa won the Crystal Award (Grand Prix) at the Annecy International Animation Film Festival with his feature film Lu Over the Wall. We have selected a short film that was featured in the Animation Focus of TIFF in 2018, which is dialogue free and sure to stimulate the global audience’s imagination.

Director Koji Fukada, who won an award at TIFF in 2011 with Hospitalité as well as a Jury Prize at the Cannes Film Festival with Harmonium in 2016, has become a leading figure in the Japanese film industry. We have selected several of his unique short films so that audiences can more deeply experience the diversity of Fukada’s world.

TIFF Audience Award-winning director Akiko Ooku‘s Tremble All You Want is a masterpiece born of the encounter between an outstanding female director and a gifted actress, Mayu Matsuoka, and we hope their talent will reach audiences everywhere.

Ice Cream and the Sound of Raindrops, directed by Daigo Matsui, is a drama about a struggling group of young actors trying to make their theater production happen, and we believe that it will offer encouragement to those experiencing current event cancellations. These selections have been made primarily to introduce talented directors who will lead the Japanese film industry in the future.

*The full TIFF section lineup can be found here.

Below please find a press release from We Are One: A Global Film Festival with more information.

We Are One: A Global Film Festival Announces the First-Ever Co-curated Programming Lineup, Featuring 21 of the Most Prolific Film Festivals in the World

NEW YORK, May 26, 2020 – Tribeca Enterprises and YouTube announced today the programming slate for We Are One: A Global Film Festival, which will feature over 100 films co-curated by 21 prolific festivals, hailing from 35 countries, in addition to talks, VR content and musical performances. The 10-day digital event will celebrate global voices, elevate films that have the power to create change and bring audiences from around the world together to create meaningful connections. Assembling some of the world’s most talented artists, storytellers and curators around a central effort to provide entertainment and offer relief in the form of supporting organizations responding to the COVID-19 pandemic, the festival will run exclusively on YouTube May 29 – June 7 at YouTube.com/WeAreOne.

We Are One: A Global Film Festival will give audiences an opportunity to experience different cultures through an artistic lens – each official selection was handpicked for inclusion to highlight the singularities of each participating festival, while also providing a voice to filmmakers on a global stage. Many of these titles will have significant debuts at the festival, with programming consisting of over 100 films, including 13 world premieres, 31 online premieres, and five international online premieres.

Notable film presentations will include Ricky Powell: The Individualist, a documentary about legendary street photographer Powell featuring interviews with Natasha Lyonne and LL Cool J; the online premiere of Eeb Allay Ooo!, a unique satire about professional “monkey repellers” and winner of the Mumbai Film Festival’s Golden Gateway Award; and the world premiere of Iron Hammer, a compelling documentary feature directed by Joan Chen about legendary Chinese Olympic volleyball star Jenny Lang Ping, a true trailblazer who forged connections across the globe. Audiences will have access to over 50 narrative and documentary shorts with exciting entries such as the world premiere of Japanese narrative short The Yalta Conference Online, created exclusively for the festival by Director Koji Fukada; the global premiere of the Third Eye Blind documentary short Motorcycle Drive By, as well as the first short pieces made by Dreamworks Animation, Bilby, Marooned and Bird Karma. Episodic programming features the world premiere of Losing Alice, an Israeli female-led neo-noir psychological TV thriller and And She Could Be Next, a two part documentary series on the experiences of women of color running for office, including Stacey Abrams and Rashida Tlaib.

We Are One: A Global Film Festival will host a number of specially-curated talks, both archived from past festivals and brand new discussions, that will offer viewers a chance to revisit important moments in film. Talks will feature Francis Ford Coppola with Steven Soderbergh, Song Kang-ho and Bong Joon-ho, Guillermo del Toro, Jane Campion and Claire Denis. 360 VR selections will feature Emmy-nominated documentary Traveling While Black and Atlas V, a sci-fi narrative starring Bill Skarsgard, as well as additional titles with notable talent including John Legend, Oprah Winfrey and Lupita Nyong’o. There will also be special musical performances, including a 30 minute DJ set by Questlove.

“We are so excited to share the combined efforts of our festival partners and YouTube with the world this week,” said Tribeca Enterprises and Tribeca Film Festival Co-Founder and CEO Jane Rosenthal. “Together, we were able to curate a compelling slate of programming that succinctly reflects the subtle variations in style that make each festival so special. We Are One: A Global Film Festival will offer audiences an opportunity to not only celebrate the art of film, but the unique qualities that make each story we watch so memorable.”

“One of the beautiful things about films and other visual content is the ability to tell stories and bring people together, no matter where they live or where they’re from. This is a phenomenon we’ve seen at YouTube throughout the years but especially today, as people look to connect and be entertained,” said Robert Kyncl, Chief Business Officer, YouTube. “The programming coordinated by Tribeca Enterprises for We Are One: A Global Film Festival has that magical ability to transport viewers from all around the world to a special moment in time, through the unique lens that our esteemed festival partners bring.”

“Cinema is not only a collective work, but also a shared experience. In these times of social distancing, the spirit of cooperation and a sense of community are needed more than ever before. Therefore, we are happy to participate in the We Are One initiative. We wish all those wonderful artists that their audiences will be able to see their work on the big screen again soon,” said the Berlinale Director Duo Mariette Rissenbeek and Carlo Chatrian.

“We are honored and happy to join We Are One, as a sign of friendship and solidarity for our friends of Tribeca, at the same time offering to the worldwide audience a taste of what we do in Venice in order to support new filmmakers concretely,” added Venice Film Festival Director Alberto Barbera.

True to its mission, We Are One: A Global Film Festival will seek to bring artists, creators and curators together around an international event that celebrates the exquisite art of storytelling. In doing so, it will aim to provide not only solace and entertainment for audiences during a time when it’s needed most, but also opportunities for these individuals to give back through donations to the World Health Organization (WHO), UNICEF, UNHCR, Save the Children, Doctors Without Borders, Leket Israel, GO Foundation and Give2Asia, among others. Audiences will be able to donate to COVID-19 relief efforts through a donate button or link on every film page.

The full festival schedule is available at weareoneglobalfestival.com.

About Tribeca Enterprises
Tribeca Enterprises is a multi-platform storytelling company, established in 2003 by Robert De Niro and Jane Rosenthal. Tribeca provides artists with unique platforms to expand the audience for their work and broadens consumer access to experience storytelling, independent film, and media. The company operates a network of entertainment businesses including the Tribeca Film Festival; the Tribeca TV Festival; and its branded entertainment production arm, Tribeca Studios.

About YouTube
Launched in May 2005, YouTube allows billions of people to discover, watch, and share originally-created videos. YouTube provides a forum for people to connect, inform, and inspire others across the globe and acts as a distribution platform for original content creators and advertisers large and small. YouTube is a Google company.

Inabe (2013/Japan)
Language : Japanese / Subtitle : English
Film type : Short (38 mins)
Cast : Hiroaki MATSUDA, Ami KURATA, Yui ITO, Minami INOUE, Koki MOCHIZUKI
———————
Tomohiro’s sister Naoko suddenly returns home with a baby after a 17-year absence. Tomohiro, who works at a pig farm, tries to find out why she came back, without success. Then one day, she suggests they dig up something they’d buried together when they were kids.
©2013 Inabe Production Committee 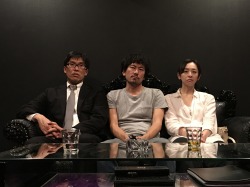 East of Jefferson (2018/Japan)
Language : Japanese / Subtitle : English
Film type : Short (21 mins)
Cast : Yuri OGINO, Tatsuya KAWAMURA, Tsuyoshi KONDO
———————
In a love hotel room somewhere, a man and woman who’ve just met in a café are preparing to make love. Just before the sex starts, they discover they have an unexpected connection… A strange short story where memories meet on a spinning bed in a corner of the city.
© Koji Fukada Cinema Party

The Yalta Conference Online (2020/Japan) EXCLUSIVE! World Premier
Language : Japanese / Subtitle : English
Film type : Short (40 mins/TBC)
Cast : Hiroko MATSUDA, Yozo SHIMADA, Fumie MIDORIKAWA
———————
Just before the end of World War II, the Yalta Conference was held by the leaders of the US, the UK and the Soviet Union to decide the postwar reorganization. Seinendan theater company created an amazing 30-minute parody of this conference, which has remained in their popular repertoire. It has now been delivered online in the time of Covid-19. 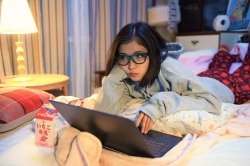 Ice Cream and the Sound of Raindrops (2017/Japan)
Language : Japanese / Subtitle : English
Film type : Feature (74 mins)
Cast : Kokoro MORITA, Reiko TANAKA, Taketo TANAKA, Yuzu AOKI, Guama, Jotaro TOZUKA, Kazumasa KADOI, Mimori WAKASUGI
———————
A stage performance is scheduled in a small town by young actors presenting British playwright Simon Stephens’ “Morning” for the first time in Japan. The savage play has been attracting attention in the theater world for its story of a violent act by two best friends. The performance is suddenly cancelled, but the group continues rehearsing. For a month, the young actors struggle between reality and fiction, as well as between film and the stage, and their story is captured in a single 74-minute shot.
© Ice Cream and the Sound of Raindrops Executive Committee