The Tokyo International Film Festival (TIFF) is proud to collaborate for the 4th year with Children Meet Cinema, which runs youth filmmaking workshops, on TIFF 2020: Teens Meet Cinema, a production workshop for junior high school students, a special project of the festival’s Youth Section. This strengthens one element of TIFF’s vision, Enlightening, which aims to foster a future for film and to cultivate young talent.

This year’s lead mentor will be director Sho MIYAKE, the internationally acclaimed director of Playback (2012), The Cockpit (2015) and And Your Bird Can Sing (2018). Students will develop a script, shoot and edit it with professional crew through the workshop, which will be held online this year due to the novel coronavirus.

The completed film will have its world premiere at the 33rd Tokyo International Film Festival, to be held from October 31 to November 9, 2020 at Roppongi Hills and other venues in Tokyo. 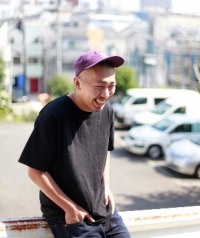 Director Sho MIYAKE
Sho Miyake was born in 1984 in Hokkaido and graduated from Hitotsubashi University before completing the Fiction Course at the Film School of Tokyo. His debut feature Playback premiered in competition at the 2012 Locarno International Film Festival and won him directing awards in Japan. His 2018 Wild Tour was created with a novice cast and crew in Yamaguchi, and And Your Bird Can Sing (2018) screened in the 31st TIFF Japan Now section and at the 2019 Berlin International Film Festival. His latest works include Netflix’s original drama Ju-On: Origins (2020) and the video installation July 32, Sapporo Park (2019) co-created with high school students in Sapporo.