Nobuhiko Obayashi, globally known Japanese filmmaker, having released numerous independent films as well as many other works over a 60-year career, passed away late Friday, April 10, 2020. He was 82. 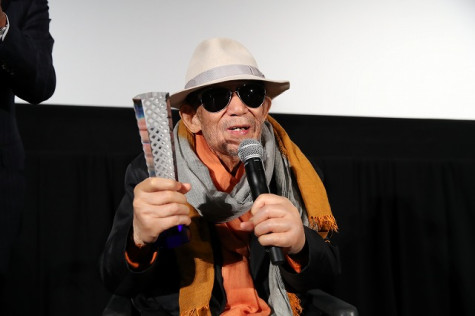 Obayashi has been dubbed a “cinematic magician” for his dreamlike visual expression, and he has continued to inspire other directors throughout his career, winning accolades from critics and aficionados alike. His most well-known titles include I Are You, You Am Me (1982), The Little Girl Who Conquered Time (1983), and Lonely Heart (1985) known as the Onomichi Trilogy. Casting Blossoms to the Sky (2011), Seven Weeks (2014) and Hanagatami (2017) have been called the War Trilogy, which was completed even the director had been diagnosed with lung cancer in 2016.

At 32nd TIFF (2019), Obayashi received the Lifetime Achievement Award from TIFF for his significant contributions to the film industry, and he was also featured as The Wizard of Cinema in Japan Now section, which features work containing his message of peace, including his latest film, Labyrinth of Cinema, taking up Japan’s wartime history in Hiroshima and Okinawa. The film was initially scheduled to come out on Friday, but the release had been postponed because of the new coronavirus outbreak.

We pray that his soul may rest in peace.